The ancient Greek period in history is a phenomenal reality that influenced the whole world. Ancient Hellas is a country of diverse landscapes, the intersection of people of dissimilar cultures and religions, the cradle of science, art and philosophy. The richness of the environment awakened vivid fantasies about the structure of the universe. It is not at all surprising that ancient Greek mythology was closely intertwined with all spheres of society. People of that time, wishing to comprehend the essence of man, his destiny and future, created a mystical picture of being. They believed that animate nature is filled with creatures that influence the course of history: gods, titans, nymphs and all kinds of monsters.

Greek Horoscope by Date of Birth

According to Greek mythology, the universe is ruled by the gods who removed the former rulers of the titans. In their abode on Mount Olympus, they decide the fate of mankind. During the heyday of Greek culture, 12 celestials enjoyed special honor, all of them were relatives to each other. The lord of earth and sky, Zeus shared dominion with the brothers Hades, who inherited the underworld, and Poseidon, the sea god. The sisters of the supreme ruler are Hestia, Demeter and Hera, who was at the same time his wife. The children Athena, Apollo, Ares and Dionysus also had their own powers. Aphrodite in various myths is called either the sister or the daughter of Zeus. Despite family ties, the Olympians often did not get along with each other, as reported in the epic tales of legends.

The ancient Greek gods, like people, had positive traits and shortcomings: they took care of and helped those in need, at the same time they quarreled and took revenge on their enemies. They gifted even soulless objects with their bounty, at the same time they deceived and cheated on their spouses. Despite this, Hellenic astrologers identified the ancient Greek signs of the zodiac with the Olympic deities. They believed that each celestial person patronizes people born in a strictly designated period of about a month. At the same time, the ward receives as a gift a particle of talents and opportunities, as well as a good disposition of his intercessor. Do you want to know which ancient Greek god favors you according to the horoscope? Enter your date of birth in the form below and find out all about the Star Trustee personality. 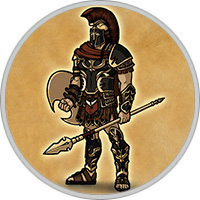 Most of the representatives of the sign are strong in body and spirit. They have excellent health and the ability to resist stress. If necessary, Ares’ people can work productively for a long time and not collapse from fatigue. Life trials are perceived as ordinary phenomena, without delay and unnecessary anxiety they undertake to settle them. They are active, not prone to prolonged meditation or digging in themselves. The wards of the god of war treat bad mood and mental trauma with work. It is not surprising that they earn decent money, although money for this sign is far from the main value. Ares’ people are keen and passionate like fire. They plunge headlong into what they do, love and hate with all their hearts. It is dangerous to conflict with them or build intrigues, since the punishment for this will be immediate and severe. 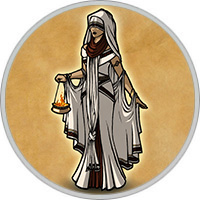 The wards of the goddess can be recognized by their silent behavior and calm, smooth movements. They exude confidence and a sense of inner dignity. At the same time, gloominess and pessimistic mood are not inherent in the representatives of the sign. On the contrary, they try to see the positive in everything. Never lose heart is the motto of the people of Hestia. They are sure that there are no insoluble problems if a person works conscientiously. They achieve their goals quietly and imperceptibly, they do not like to share plans to achieve them. Before starting work, they will always think well and weigh everything. It seems that everything goes by itself for the wards of the sign. It is almost impossible to knock the people of Hestia off the intended path. They are stubborn and persistent, and having decided on something, they will go to the end. 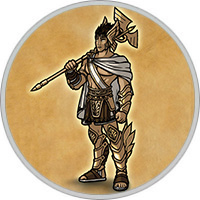 The people of Hermes stand out for their broad outlook and sphere of interest. They are smart, comprehensively developed, they grasp new things on the fly. The wards of the sign are talkative, cheerful and carefree, they cannot stand loneliness, they like to be in large companies. The mood depends entirely on the environment. In addition, they are not distinguished by great diligence and perseverance, and perseverance is not at all about them. These creative personalities are rather frivolous and frivolous, enthusiastically do only what they like, and let the rest take their course. However, carried away, they can move mountains. According to the Greek horoscope, the people of Hermes need fresh impressions: new acquaintances, communication, travel. They often achieve their own by resourcefulness and small tricks, and not by perseverance and patience. 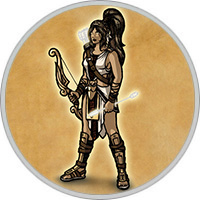 A distinctive feature of the wards of this sign is loyalty to their relatives. Family for them always comes first, no matter how the circumstances develop. The people of Artemis are quite conservative, they respect the foundations and family traditions. In life, they often do the same things as their parents. They are fair, tolerant, patient and benevolent. These are excellent educators and teachers. Representatives of the sign experience constant doubts and anxieties, are often indecisive, prone to depression. The care of their relatives helps them to get out of this state. It is easy to offend the person of Artemis, but to win forgiveness is not. It is even more difficult to regain lost trust. Despite the emotional vulnerability, the wards of the goddess endure life’s difficulties steadfastly and without complaints. 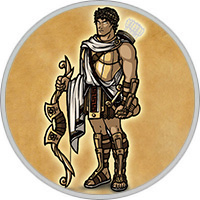 The ancient Greek horoscope says that the brightest people are the wards of the god of light. Everything should be perfect for them, from manicure to track record. In extreme cases – to seem so. The people of Apollo will never talk about their mistakes or failures. For them, a strong environment is important, in which they will help and support, and admiration and approval is of paramount importance. Often, representatives of the sign are opinion leaders, but they will not oppose public representations. They are ambitious and ambitious, putting personal goals first. In the struggle for their interests, they are able to use all available methods. Apollo’s people are quite hardworking and persistent, but they can cheat if it is beneficial to them. 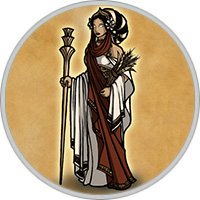 People of this sign are like the earth – constant, reliable and generous. For them, eternal human values are important: love, family, justice, civic duty and the search for oneself. Like an island in the stormy sea of life, they become a safe haven for loved ones. It is important for Demeter’s wards to do everything well. Any of their undertakings has a solid foundation, be it an excellent education or a relationship built on love and trust. These people make decisions just as seriously and carefully. It is difficult to draw them into a scam, make them deceive or seduce with a carefree existence. Representatives of the sign are congenital workaholics. They are quite stubborn and self-confident. Having made a decision, they will not back down, even if those around them do not support them. 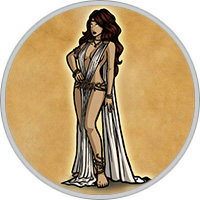 The goddess of love makes her caregivers seek this feeling everywhere. Therefore, without enthusiasm and passion, nothing happens in their lives. Desires and interest allow the sign’s wards to achieve incredible results, no matter what they undertake. On the other hand, strong emotions often push them towards rash decisions and actions. Aphrodite’s people are energetic and mobile, they are bored in one place. They are interested in many things and have a wealth of knowledge in various fields. They love to do handicrafts, cookery, grow flowers. Representatives of the sign are stubborn and able-bodied, but inconsistent, often leave their ventures unfinished. They lack discipline and order in business, but, being active, they do a lot. 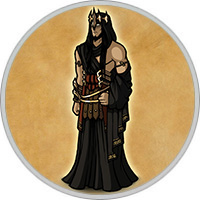 This ancient Greek god is the darkest of the entire pantheon. He conveyed to the wards of the sign both uncertainty in his experiences and, as a result, secrecy. They constantly have to decide whether others understand them correctly, and whether they themselves interpret the feelings of others correctly. Despite this, the people of Aida are interesting interlocutors, they are carried away by many and like to be in the company of friends. It is important for them not to offend anyone, otherwise they will suffer for a long time. Developed intuition helps maintain internal balance. Thanks to her, representatives of the sign understand loved ones well and avoid many problems in relationships. In addition, they are quite capricious and can give a sharp rebuff to those who psychologically put pressure on them. 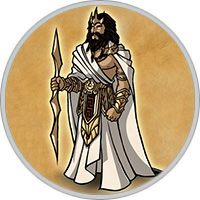 According to the Greek horoscope, most leaders are born under the sign of Zeus. This god, the ruler of destinies, passed on to his wards outstanding leadership qualities and the same dislike of submission. A quick and inquisitive mind, strong-willed character and the ability to control feelings are a small part of heavenly gifts. Representatives of the sign are able to reach any heights, if they wish. On the other hand, they are destined to suffer a lot, primarily in relationships. Due to their tough, demanding nature, it is difficult to get along with these individuals and maintain mutual understanding for a long time. Zeus people are rather stingy with emotions, especially men. Only with age do they become more open and soft, without losing their business acumen. 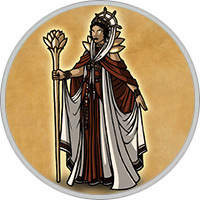 The ruler of the world and queen of the gods has a difficult character. Her charges are difficult puzzles for others. They seem to be unpretentious, soft and love home comfort. Over time, it turns out that they have a serious business or position. These people are organized, collected and persistent. They know how to plan life and work for the future, and the flexibility of the mind allows them to keep up with the changes around. Representatives of the sign are quite conservative and constantly strive for stability. Risk is not their thing, especially when it comes to health. Hera’s people are circumspect and secretive, do not like to stand out. Their feelings and thoughts are difficult to understand, which is why conflicts arise more than once. It can create a sense of danger in others. 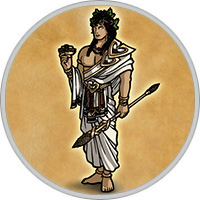 Dionysus people are an eternal holiday, fireworks of emotions against the background of gray everyday life. With the wards of God, it is impossible to think about serious things for a long time or to be discouraged. They know how to turn routine affairs into entertaining adventures, and problems into minor troubles. They can easily explain complex things in simple language and captivate with their ideas. These are the most unpredictable personalities, who, however, at heart, want constancy. For this reason, they are often drawn to understandable, reliable partners. Despite the fact that the people of Dionysus are in the world of ideas, financial well-being and comfort are very important to them. Among the representatives of the sign, you can often find creative persons who have their own business or several sources of income. 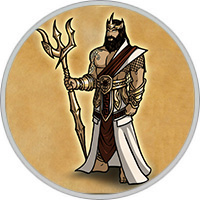 People of the sign in any community feel at home. There is no problem for them to start a relationship or agree on anything. Everyone likes these outgoing and charming personalities. When things don’t go their way, negative traits quickly emerge: grumpiness, irritability, and imbalance. Unfortunately, Poseidon’s wards do not know how to control themselves and show the world everything that is in their souls. Having thrown out emotions, they calm down, and after quarrels they regret them for a long time. They need an acceptable "lightning rod", otherwise they try to forget about troubles with the help of bad habits. If the people of Poseidon have found a favorite business, it is this that most often becomes a cure for life’s adversities.