Curses, love spells, stealers and much more are a closed area in the topic of divination. Not all masters can correctly calculate the energy of a person and make the correct diagnosis. This is where the Tarot spread for magic comes to the rescue. He will reveal all that is hidden. The main thing is not to despair, because everything is in the hands of the person himself. The most important thing is to have the necessary information.

The Tarot spread for magic is a universal way to find out the secret, even if the querent does not have clairvoyant abilities. After all, the cards themselves are a sacred tool for reading information from a person’s aura. All Arcana can be compared with some metaphysical keys to the situation. An image, a number, a combination of several positions will tell about what cannot be seen with the eyes. After all, the topic itself is quite specific and complex.

In general, the Tarot spread for magic most often involves viewing some kind of negative. If the questioner feels witchcraft spells on himself, then it is better to take the Tarot deck in your hands as soon as possible. Special cards will tell about the presence or absence of magic. Timely diagnosis in this case will help prevent disastrous consequences. After all, the longer the querent will be under a certain program, the higher the risk of losing everything – from relationships to work.

When is the best time to do the spread

The spread for magic influence is best done immediately, as soon as the first suspicions of interference from outside appeared. The fortuneteller may feel bad, be absent-minded and inattentive. At the same time, people around often turn away, provoke scandals. As a result, the person is driven into a corner. But, this is the case when there are guesses about the curse, love spell, evil eye. If you want to see how the positive program lay down, then everything is much simpler. And here, too, Tarot cards will help to find out the hidden.

In terms of choosing the right time to conduct a magic spread on Tarot cards, you should focus on intuition. Of course, in most cases evening or night will do. For many people who have actually been magically affected, the feeling of danger increases in the dark. You can also look at the person on whom the spell is cast. The Arcana will help determine exactly how the program went down, if there are any failures.

Choosing the most suitable deck of cards

For the Tarot spread for magic, classic dark decks are suitable: Necronomicon, Dark Forces, Deviant Moon. The vibrations of these cards will reflect everything bad and negative. If the presence of magic has already been confirmed, you can supplement the spread with specific decks – love, money. This will help determine the context of the enchantment. Beginners have the right to use only the Major Arcana – the prediction will turn out to be no less true, just more concise.

But you can also work with the standard Waite deck. There are cards here that are responsible for everything secret, the unconscious. The Tarot spread for magic implies practice with those Arcana that are most understandable to the practice. If he works in a light tradition, then you should choose a deck that is consonant. It’s important to listen to yourself. There is no universal advice regarding the choice of instrument.

Preparation and rules of the spread

To begin with, before the Tarot spread for magic, you need to tune in. Preparation involves the inner state of the querent, when he turns off the flow of thoughts, feels silence in the soul. A person should be healthy, not experience any discomfort. Even a temporary breakdown will not allow you to fully work with the deck, because reading information also takes away psychic energy. Therefore, it is worthwhile to correctly assess your resources in advance, not to overwork.

Then you need to prepare a binding for yourself or the client. If the fortuneteller makes a Tarot spread for magic on himself, then you just need to relax, let go of thoughts. In the event that the viewing concerns another person, you need to take his thing or photo. In the absence of such, one can simply imagine the image of a person, but in all the small details – facial features, manner of speaking, gesticulating. Another way of working involves using only the name and date of birth. Numbers also carry detailed information.

Next, you need to take care of the place for holding the Tarot spread for magic. Any space where the querent feels comfortable will do. The cold, the noise, the uncomfortable chair—it can all be confusing. Therefore, it is best to equip a suitable place at home. Energy cleanliness must be observed here: you should not eat, work on a laptop. Such vibrations will introduce an imbalance in the overall energy of the place.

The Tarot spread for magic should be done after the targets have been chosen. First, you need to find out if there is any negative at all. Further, you can already look at the consequences in more detail, as well as the “hero of the occasion”. And in the end, you still need to find out what exactly to do with the induced program. The Tarot spread can be divided into several questions, or you can immediately choose a suitable scheme for yourself with all the nuances. In this case, it is best to write down the resulting prediction in order to test it in practice.

Schemes of the magic Tarot spreads

The Tarot spread for magic can be done in many ways. A short diagram will give a capacious concise answer. If you need more details, then you should choose large spreads. However, they are all universal, in any case they will show the aura of a person. Further, everything depends only on the ability to correctly interpret the cards and their combinations. For beginners, it is best to choose simpler schemes so as not to get confused.

This Tarot spread for magic can be taken as a “no” or “yes” answer. One card is able to reveal outside interference. In the event that the fears are confirmed, you can clarify the answer. The subsequent questions are standard – how exactly the magic manifests itself, who directed it and how to get rid of the negative. Each Arcana is worth thoroughly studying in order to feel the vibrations as much as possible. 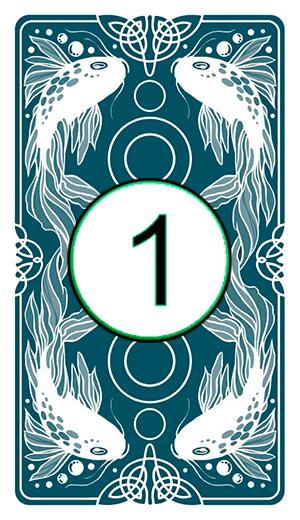 This Tarot spread for magic briefly answers all the most important questions. It is worth using it when: sleep has worsened, a person has changed dramatically, a constant malaise has appeared. The diagram will help you find out if all of the above is not the usual self-tuning. After all, a person is able to independently attract problems and failures. Thinking is a powerful tool for shaping reality. But, no one excludes the fact that there is some kind of ill-wisher interfering in the fate of the querent. 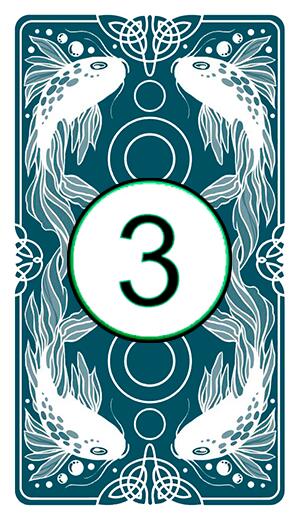 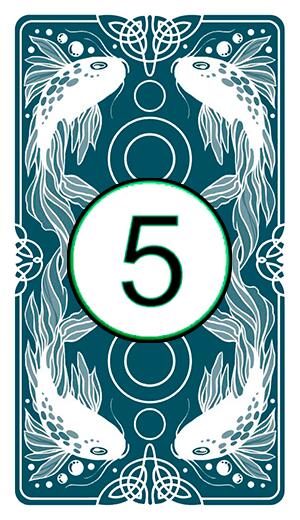 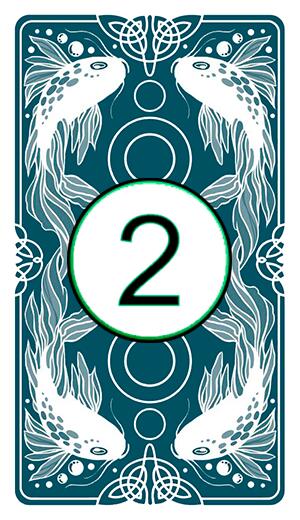 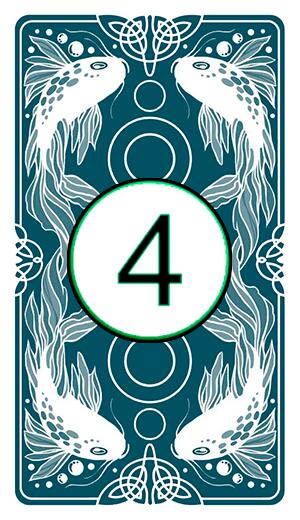 In this Tarot spread for magic, the program can be identified in positions 1 or 2. In the event that the cards do not show anything, you can not look at the Arcana 3. However, positions 4 and 5 will reflect additional information that will help avoid problems in the future. The main thing is to be able to read the cards correctly in order to seek help from a specialist in time.

An example of reading Arcana in position 4:

But this Tarot spread for magic is more extensive and detailed. In addition to the standard diagnostics, he also gives advice on removing the negative, if it is found. In addition, the scheme also illuminates the issue of karma. That is, as a result, a person must learn a lesson even from the most deplorable situation for him. After all, enemies are real teachers. They make you become stronger and wiser. You need to look positively even at such things. 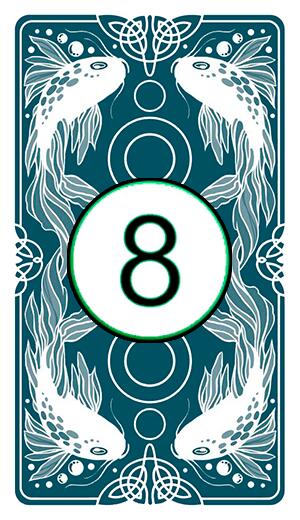 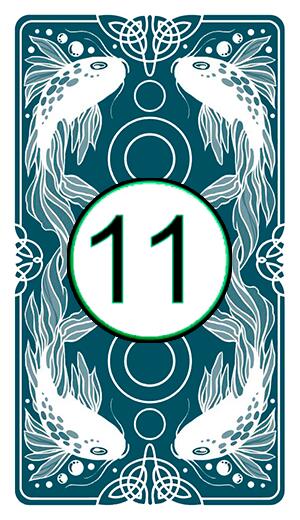 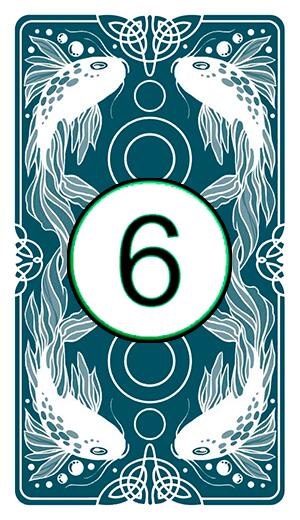 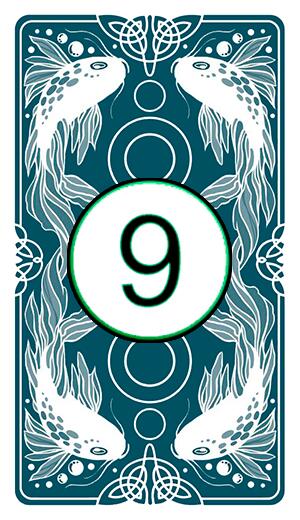 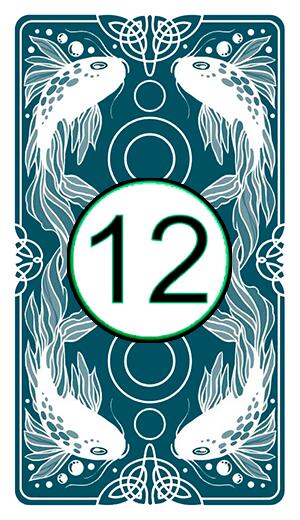 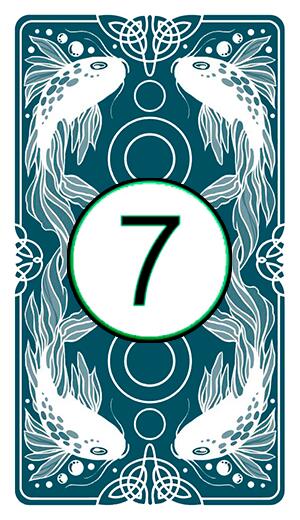 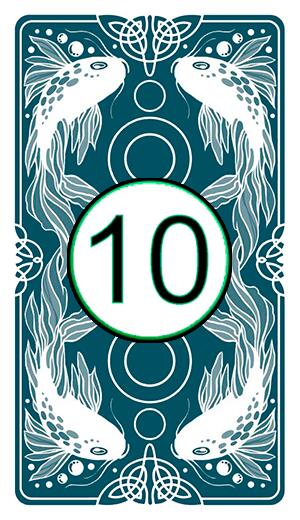 In this Tarot spread for magic, you should pay attention to position 10. It will show whether it is worth doing something on your own. Perhaps the best solution would be to consult a specialist. Also interesting is card number 8. It reflects the mundane reasons for what is happening. We are talking about everyday aspects that affect people. It may be that someone envied, decided to take revenge or get the heart of the questioner.

Cards interpretation and clarification of details

When interpreting any Tarot spread for magic, you should pay attention to the fallen suits. So, the Cups will show clean energy. Blades will clearly indicate a harsh intervention. The Wands will indicate short-term programs. Coins or Denarius most often denote what was passed down from parents. These can also be ordinary negative attitudes that still affect the fate of the questioner.

But the same groups of cards in the Tarot spread for magic also indicate methods of guidance. This will all depend on the context. For example, Chalices mean drink, food. The Swords speak of envolting or graveyard magic. Staves show the use of candles, open fire. Pentacles are responsible for lining through objects or money. It is worth clarifying the question in advance, and then reading the suit and numerical designation.