The night sky constantly captures the sight, the cold twinkling of the stars fills the Soul with the sensation of the immensity of the surrounding space. The arrangement of stars in the sky form characteristic figures. Such clusters are called constellations. People always look at the stars for a long time, trying to unravel the mystery of their cosmic origin. They want to find among the constellations those that were once read or heard. Twelve of the celestial figures are constellations of the signs of the zodiac. Each of them is connected with legends and myths of ancient peoples, telling about its discovery and explaining its name.

Constellations of the Zodiac Signs on the Sky

The zodiac is a certain zone of the sky, along which some planets move, the Moon and the Sun, bypassing 12 constellations on their way. Since they are located in the zodiacal field, they got their name — the constellation of the zodiac. Each of them in ancient astrology was designated or accompanied by a symbol, which is called the sign of the zodiac.

The sun for a year bypasses a large circle of the celestial sphere. This circle (called the zodiac, only 360 degrees) is divided into 12 sectors of 30 degrees, which received their name by the name of the constellations, which pass the sun on its way. Each month corresponds to the sign of the zodiac, according to which in this month the Sun makes its movement. Once upon a time the constellations of the zodiac signs served as a calendar for people, since in each of them the Sun traveled for about a month.

But since the point of the vernal equinox is constantly moving (by 1° to 70 years), the Sun in our days for one month moves not one by one, but by two nearby constellations, but the signs that existed earlier for months have survived. According to the constellation of the Virgin the Sun moves for the longest time — 44 days, and the constellation of Scorpio the Sun passes for 6 days. In fairness, it should be noted that the Sun between 30 November and 18 December is another cluster of stars — Ophiuchus, but historically it was believed that he did not get a month, and he was not included in the constellation of the signs of the zodiac. 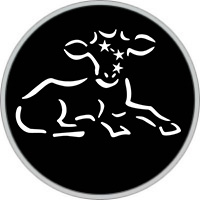 The beginning of the horoscope in Western astrology begins precisely with this sign, since two millennia ago the point of the spring equinox was in this constellation. The next time this point will be in this sign only after 24 thousand years. The constellation looks like a tick with rounded edges. In fact, it is the lamb’s horns with which many legends are associated in mythology. One of the myths tells how Aries saves Frix and Gella, two children who, according to the order of Ino’s wicked stepmother, must be sacrificed. The fate of the children has developed in different ways, but the memory of the golden lamb has always been preserved by the starry sky. 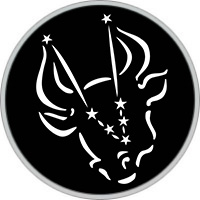 Speaking about the constellation of Taurus, it should be noted that among the ancient peoples it symbolized the beginning of the year, the spring revival of natural forces. The fact is that in the life of ancient people a huge role-played cattle breeding, with the bull (calf) tied exactly the constellation that appeared in the spring sky as the first sign of the approach of heat. In many ancient cultures, worship of a bull is known. In ancient Egypt, the people worshiped the sacred bull Apis, in the Cretan mythology there was the Minotaur, and the heroes of Hellas also pacified bulls. We all remember from childhood about the Argonauts who obtained the golden fleece of ram (Aries). That is why it is absolutely not surprising to find in the sky and the constellation of Aries, as well as the constellations Kiel, Kormu and Parus, constituting the main part of the constellation of the ship on which the Argonauts set out for Colchis. 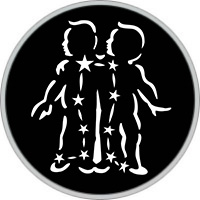 The constellation Gemini is named for the Argonauts of Dioscuri — Castor and Pollux — the sons of Zeus and Leda. In the constellation there are two bright and very close to each other stars. The brothers Dioscuri were considered patrons of sailors caught in a storm. Once the Dioscuri did not share the prey with their cousins, the giants Idas and Linke. In the battle with them, the brothers suffered greatly. When Castor died of his wounds, Pollux did not want to part with him and asked his father not to separate them. Since then, thanks to Zeus, the brothers spend half a year in the realm of gloomy Aida, and six months in the rays of Olympus. There are periods when, on the same day, Castor’s star is visible against the backdrop of the morning dawn, and Pollux is the evening one. Perhaps, it is this circumstance that gave rise to the birth of the legend of the brothers, who now dwell in the realm of the dead, then in heaven. 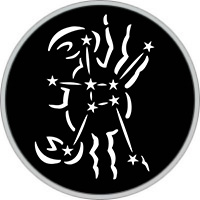 The constellation of Cancer is one of the most unobtrusive constellations in the sky. Two thousand years ago, according to this constellation, people learned to determine the period of the summer solstice — the longest light day. The sun, reaching at this time of extreme removal to the north, began to back off, and after that the duration of the day began to decrease. According to the ancient Greek myths, Hercules, to become immortal, performed 12 exploits. His second feat is connected with the victory over the Lerney hydra, which abducted cattle and devastated the land in the vicinity of Lerna. During the struggle of Hercules with the hydra, Karkin crawled out to help her, a huge cancer that grabbed Hercules’ leg. The athlete crushed an arthropod, but Hera, who did not like Hercules, placed Cancer in the sky. 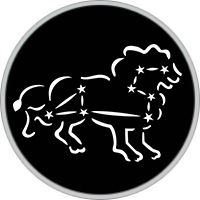 The constellation of Leo is also associated with the summer solstice. It began to orientate about 4,5 thousand years ago, determining that it is in this constellation is the point of the summer solstice and the hottest time of the year. That is why many people have the Leo as a symbol of fire. In ancient Mesopotamia, the people called the constellation of Leo a great fire, and some other peoples connected this animal with infernal heat. They believed that the Sun gets additional strength and heat, being among the stars of Leo. 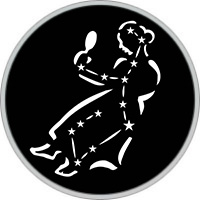 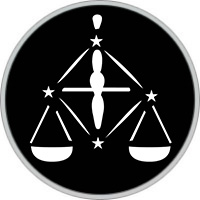 The Libra is a symbol of balance. In this constellation, most likely, was the point of the autumnal equinox, when in nature the equality of day and night arose. The appearance of Libra in the middle latitudes in the sky indicated to the farmers that it was time to sow, to the ancient Egyptians it was like harvesting the first fall harvest, to other farmers — about weighing the collected gifts of nature. According to one of the Greek myths Astrea, with the help of scales, she administered justice: weighed the fate of people, assessed their actions, and then punished liars, deceivers and criminals. Zeus decided that the Libra daughter should be placed in heaven, so that they were an eternal reminder to people about the need to comply with the laws. 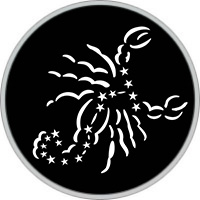 Scorpio is a constellation of late autumn and it really looks like it is a poisonous animal. With the advent of autumn, nature seems to die, but, like the god Dionysus, she is again ready to awaken in the early spring. According to another legend, Scorpio stung the Sun, after which the luminary became weak, pale and "ached" throughout the whole winter. 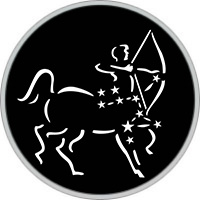 Capricorn is a mythical being, which is depicted with the head and body of a goat and with the tail of a fish. Goat-footed god Pan, god of flocks, fields and woods, frightened Hundred Chapters of the giant Typhon and horror into the water. Since then, he grew up a fish tail, and later Zeus transformed him into the constellation of Capricorn, which became the ruler of water and a harbinger of storms. In the ancient world it was believed that it was Capricorn who sent heavy rains to the earth. In the constellation of Capricorn about 2 thousand years ago was the point of the winter solstice. The ancient philosopher Macrobius believed that the Sun, having passed the lowest point, begins to climb upwards, like a mountain goat, aspiring to the summit. 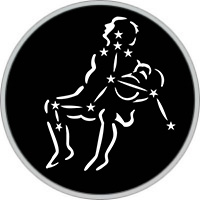 With the constellation of Aquarius, the Greek myth of Deucalion, the progenitor of people and his wife Pirre is connected. In ancient times, Zeus, angry at humanity, sent a flood to the earth. The only righteous, Deucalion and Pirre, Zeus allowed to escape. On the advice of Prometheus, Deucalion built a large box (the ark) on which the spouses were saved during the nine-day flood. In Egypt, the constellation of Aquarius was observed in the sky as the water level in the Nile increased. The Egyptians believed that during this period the god of water Kneem pours a huge bucket of water into the channel of the Nile, and the tributaries of the Nile — the White and the Blue Nile — flow out of the vessels of the god. 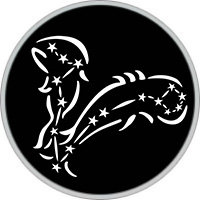