Meaning of Name: The Scorpion

Scorpio is nothing, if not fierce! The 8th Sign of the Zodiac, the Scorpio loves a good fight, and can give ‘intensity’ a run for its money (worth). Well, to put it simply, the Scorpions are strong, commanding, intense, passionate and zealous. Driven, dedicated and loyal, they also are ambitious and security-loving. Inquisitive and ready to learn, Scorpio individuals are intelligent, motivated people, who can contribute amply to any project. However, it is noteworthy that if the strength of the Scorpio-born lies in these qualities, his/her deepest weaknesses too are rooted in them. Yes, these charming individuals don’t like to quit, and their impassioned efforts are to die for.

Yet, this same ‘never say no’ attitude becomes painful, when the Scorpio takes and treats every ‘no’ as an insult. And, when an otherwise beautifully ardent passion gets misdirected and becomes fanaticism, the Scorpio-born is, as always, sadly unstoppable. This, though, is not to say that Scorpios are fearsome or negative. On the contrary, Scorpions are lovely, dependable friends and awesome lovers. Soft at core as they are, they happily bow down to the wishes of their beloved and kids, and are open to bend backwards for their (family’s) happiness.

Sensuous in love and willing and caring in all their sweet bonds, Scorpio individuals make some of the best mates, unless, of course, their vengeful sides are stirred. Betrayal is the word and expression, Scorpio-borns hate and cannot take prettily. If someone truly gets in Scorpios’ way, they lose their temper, and get revengeful. In short, they need a plenty of own space. All said and done, Scorpios are fearless beings and keep moving on, as they are determined to succeed. Their aura of mystery and secretiveness makes them akin to a magnet – someone to whom others will, invariably, be drawn. 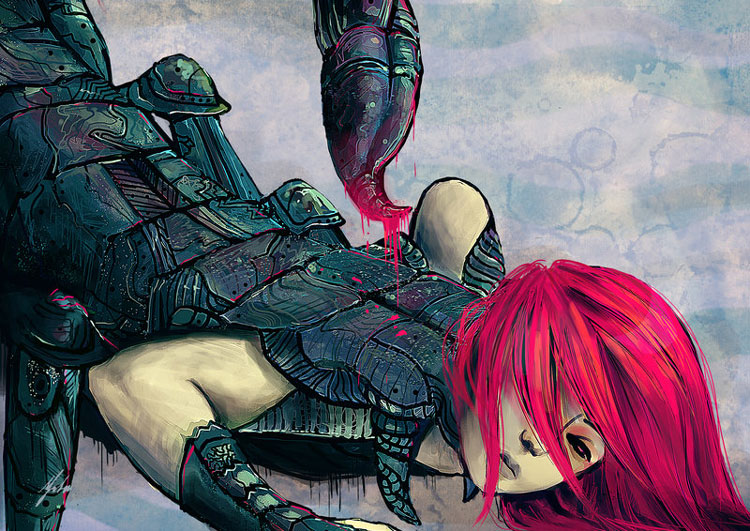 The Scorpio horoscope sign has the element water, but not the waves on the surface or the playful rain from the sky. This is the deep water, in the darkness far below the surface, where few have gone. Scorpio is the horoscope sign of the hidden forces, which are mighty although they are neither known nor explicable.

That’s all kinds of unknown, like the mystery of magic and the occult, but also the subconscious, making us vaguely aware of its existence through dreams and longings from deep within. Although these forces are mostly invisible, they are mighty important in how we actually live our lives, especially regarding the impulses that carry us away at times, frequently to our own frustration.

The key word for the Scorpio horoscope sign is passion, but then it must be understood that emotions of this grand scale are usually contained within us. We fear the power unleashed if we express them, so we do our best to suppress them. The Scorpio Zodiac sign in the horoscope is the same, but consciously so: Scorpio loves to have others express the strong, almost chaotic emotions we all hide inside, whereas Scorpio remains seemingly unaffected. Like a catalyst.

Scorpions, if in love, they are the most loyal person, you may come across. They are mentally very strong. If they aim at something, they will get it by hook or by crook. They are stubborn. If they love someone, they can sacrifice everything for him/her. Sometimes their love turns to possessiveness. They can attract anyone by their magnetic personality. Scorpios are often described as born leaders. They are dominant and sometimes they are moody.

As mentioned earlier, Scorpios are possessive lovers and they turn jealous sometimes. Even if their loved ones talk with someone else, they turn green with jealousy. They become obsessive with everything very quickly. They are very strong headed and sometimes, very manipulative as well. They can mold things according to their whims. Scorpios tend to lose their temperament very easily. For this reason, they often have troublesome personal life. They cannot trust anyone easily, which creates misunderstanding between close friends.

Dominating: Scorpions are dominating and the leading force in their personal as well as professional life. They are powerful and strong… and these traits are evident in their leadership.

Malicious: As already mentioned, Scorpions are the greatest buddies, if you do not mess with them. If you mess with them unnecessarily, they can sting you with their venom. They believe in the philosophy of “Tit For Tat”. For this reason, think twice before messing with the Scorpio.

Temperamental: Scorpions are known for their temperament. They quickly shift their mood, that it is sometimes difficult for their close ones, to predict their mood. This trait makes the situation hard for them, when people do not want to mingle with them for this reason.

Stubborn: A strong mind is the middle name of the Scorpions. If they are allotted any task, they will do it by any means. They are determined and strong minded. No matter, if they are criticized and blamed, they will accomplish the given tasks. For this reason, most of them are very successful.

Scorpios differ characteristically from the other signs of the chart. They have distinctive personality traits which mark them differently from others. Scorpios are known to have magnetic personality.

They have the ability to turn people’s head with their charms. They are intelligent and entertaining speakers who would arrest your attention easily. People find the company of Scorpios extremely enjoyable.

Scorpios are extremely passionate as well as loyal, which make them great as lovers. As long as you don’t hurt the feelings of a Scorpio they are generous and helpful and will go a great length to help you. Strengths of Scorpions are:

There are certain negatives which plague the nature of Scorpio. Scorpios are vindictive and revengeful. They don’t forget an act of betrayal or denial easily. They are known to hold grudge for long time and can patiently wait for the right moment to strike back.

Scorpios often avoid frontal attack; rather they would scheme and achieve their goals with cunning. Scorpios are manipulative in their nature too. Negatives of a Scorpio are:

Scorpion represents your Zodiac Sign. Some astrologers are of the opinion that Scorpio Sign is an introverted feminine Sign. Nevertheless, your nature is distinctly dissimilar, and as you grow in age, your nature keeps evolving, touching higher and higher planes. It can be quite a fascinating experience to remain in the company of Scorpios, but at the same time it can be dangerous as well.

At times, judging their real purpose can present a big problem. Some might consider you to be a very passive Sign, softly holding your grievances with much patience until you get a chance to pang back. However, the analogy apart, you have the ability to take risks and are more thrilled by what is concealed (secret) than what is obvious. Certainly, you’re have enough and are not at all afraid to face big problems or challenges.