The origin of the symbols for the zodiac signs appears to be lost in history. Some of the symbols appear in Greek horoscopes which are about 2,000 years old, some of them seem to be alchemical signs, and some of them relate to the shape of the constellations themselves. The Astrological Year begins on the Spring Equinox with Aries, the first sign of the zodiac. Just like a traditional calendar year, there are 12 zodiac months, each represented by a different sign. Explore Zodiac Central to learn about each amazing sign! 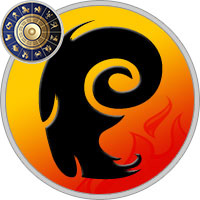 The symbol for Aries can be described as resembling the face and horns of a goat or ram, or the eyebrows and nose of the face, which are said to be prominent in Aries people. Alternatively, this symbol is similar to that of a plant shoot when it first emerges from the ground in the spring.

Ruled by warrior planet Mars and symbolized by the Ram, Aries is the first and most action-oriented zodiac sign, and a natural-born leader. Red-hot Aries is impossible to ignore. Full of energy and highly competitive, the Ram is both brave and reckless at the same time. Expect their speech to be direct and powerful - and don’t you dare disagree with Aries, because they’re always first to the fight. 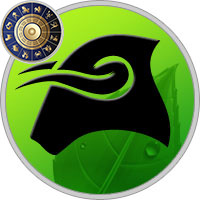 fter all, Taurus needs to succeed, because their overall comfort and happiness depends on being surrounded by the best things in life. In spite of their extravagant nature, Taurus is really quite practical, stable and sensible - life is simply about fine food, hot sex and plenty of material possessions, and they won’t take risks that put any of those things in jeopardy. Because … watch out! If Taurus is deprived of life’s comforts, this Bull can get angry and charge! 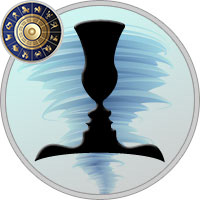 Gemini’s symbol is based on the twin stars Castor and Pollux in the constellation of Gemini. It is literally the Roman numeral II, and the theme of duality is the key to the meaning of this sign.

Ruled by mental Mercury, Gemini is the communicator of the zodiac - and what some people might jokingly call the most schizophrenic sign. This is because Gemini has a dual nature: part brainy intellect and part scatterbrained chatterbox. One half of Gemini wants to drink coffee and read the newspaper, while the other wants to swig whiskey and chatter on the phone. Together these qualities combine to create smart, funny, interesting people who are versatile and adaptable, and able to see both sides of any situation. 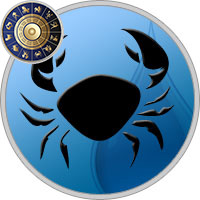 The symbol for Cancer is circular, internal and protective. It has been described as symbolising the ovaries, the breasts, and the closeness of the mother-child relationship, reflecting the nurturing quality of this sign.

Cancer Crabs are extremely loving and loyal, but they keep their feelings hidden to avoid getting hurt. Watch out, because a hurt Crab can really pinch! Cancer is the most nurturing zodiac sign, and loves to take care of family and friends. In fact, they are so fiercely loyal they will protect their loved ones at all costs. Sometimes Cancer holds on too tight, in fact, and can inadvertently smother loved ones with too much affection. 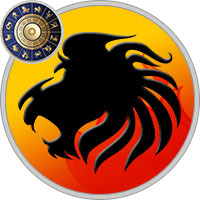 The symbol for Leo is similar to the stars in the constellation of Leo. It has also been described as the head and mane of a lion.

Ruled by the fiery Sun, Leo the Lion cannot be ignored. There’s a sense of royalty surrounding this magnificent glamourpuss, whose warmth, charm and love of drama always puts them at the center of attention. Leo is a Fire sign that blazes through life, eager for action and driven by a desire to love and be loved. Leo is a proud and generous leader, and your ability to charm, romance and entertain others makes you quite popular. 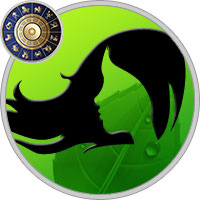 The symbols for Virgo created from an "m" - an ancient medical symbol. Virgo are associated with medicine and healing. The constellations of Virgo is extremely large and easily identifiable in the night sky. The enclosed shape in the symbol for Virgo have been described as the feminine version of the symbol.

Virgo is a smart and practical Earth sign, ruled by mental Mercury and symbolized by the Virgin - not necessarily because Virgo is prudish, but rather because they are highly discriminating. Virgo is hardworking, detail-oriented and quite critical, with an uncanny analytical gift for seeing what’s wrong with people, situations and their surrounding environment. This perfectionism makes Virgo valuable to have around, but also sometimes uncomfortable to be around if they turn their critical eye on you. 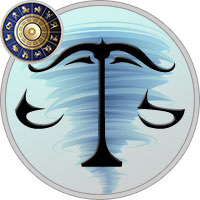 The sign of Libra was a later addition to the zodiac, being placed between the signs of Virgo and Scorpio, "borrowing" the claws of Scorpio to form the scales of Libra. It has been described as a dairy maid’s yoke, used to balance two pales of milk. It has also been described as a symbol of the Sun setting over the western horizon, since Libra is also associated with the western side of the horoscope.

Beautiful inside and out, Libra is the sign of partnership, ruled by the love planet Venus and symbolized by the Scales. Ever gracious, fair and balanced, Libra is an Air sign and among the most social and popular of the zodiac. Libra’s popularity comes from their firm stance in the middle of the road, their ability to put people at ease, and a gift for sensing what others need before they even ask for it. In fact, Libra often sacrifices his or her own needs to please others. 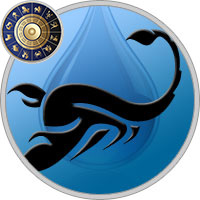 The symbols for Scorpio created from an identical "m" - an ancient medical symbol. Scorpio are associated with medicine and healing. The constellations of Scorpio is extremely large and easily identifiable in the night sky. The enclosed shape in the symbol for Scorpion’s tale have been described as masculine version of the symbol.

Scorpio is ruled by Pluto, lord of the underworld, and there’s nothing about this powerful Water sign that isn’t deep, passionate and intense. Symbolized by the Scorpion - with a poisonous stinger for a tail - Scorpio cares deeply, but can also hurt deeply. Scorpio is the detective of the zodiac, always eager to explore mysteries and get to the bottom of things - including probing others’ emotional depths. Many are drawn to Scorpio’s intense ways, only to be repelled again by their jealousy, secrecy or desire to control. And watch out if you cross a Scorpio - they’re not afraid to use that stinger. 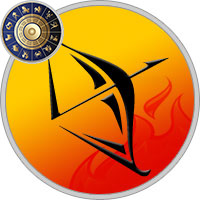 The glyph for Sagittarius is also similar to the constellation, with the archer’s arrow pointing upwards ready to be shot into the sky. The line across the arrow is said to symbolise the fact that Sagittarius is a centaur, half human and half horse.

Aim high, adventurous Archer! Sagittarius is symbolized by the Centaur (half man, half horse), aiming his arrow high toward the heavens on the hunt for big ideas and experiences. Ruled by giant Jupiter, planet of growth and opportunity, fiery Sagittarius is full of energy and a desire to explore. Positive and optimistic, Sagittarius loves becoming enlightened to new ideas through people, travel and philosophy. Others gravitate to Sagittarius for their happy-go-lucky attitude and outgoing personality, and the only way to bring Sag down is to limit their freedom in any way. 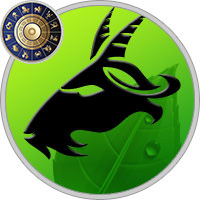 The symbol for Capricorn contains the v-shape of the goat’s head and the fish tale of the sea-goat, since the constellation of Capricorn is found in the "southern seas" of the celestial sphere. Alternatively, it has also been described as the goat bending down on its knees.

Calm, cool and collected Capricorn is an Earth sign represented by the Mountain Goat, powerful and determined to push ahead until they reach the top. No obstacle will get in the way of Capricorn’s success, but this drive to succeed can also sometimes alienate family and friends. Make no mistake, Capricorn is quite caring, but the way they show their love is more forceful than fanciful. Cap must provide for the people they care about, so the need to succeed is non-negotiable. Slow and steady, cool and calculating, Capricorn is all about status and ambition, and their happiness lies is earning much respect for their accomplishments. 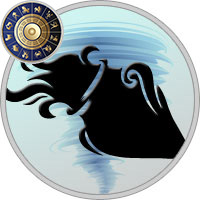 The symbol for Aquarius describes air waves or radio waves, and particularly relates to the travelling of information through the air.

Ruled by the unpredictable planet Uranus, Aquarius is the most eccentric zodiac sign - there’s never a dull moment with an Aquarius around. Intellectual, friendly and future-minded, Aquarians are not very emotional - but they still are the humanitarians of the zodiac. The Water-Bearer represents community and mankind, and Aquarius is more concerned with the good of all than the good of one. 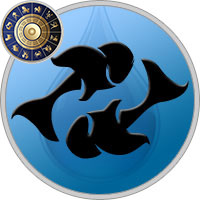 Pisces is the symbol of two fish or dolphins yoked together.

Pisces are the Fishes with wishes, a dreamy and sensitive Water sign that is spiritual and creative in nature. Ruled by nebulous Neptune, intuition and imagination prevail with Pisces, and they are drawn to all things mystical. Compassion and empathy for others come easy to emotional Pisces Fish, who feel the pain of the whole world and respond with sympathy to any suffering they encounter. Because of this interdependent attitude, Pisces can often put others’ feelings first and neglect their own needs. Pisces imagination is a wonderful thing, but it can also lead to confusion and escapist tendencies that invite problems. If Pisces can balance this vivid imagination with a realistic outlook on life, they can have it all.